AQHA Gelding Im Brad To The Bone Tops The Horse Sale at Rancho Rio Selling for $79,000

The Horse Sale at Rancho Rio took place on March 9, 2018, in Wickenburg, Ariz., in conjunction with the National Team Roping (NTR) National Finals IV. The fourth annual sale drew spectators and buyers from all over the U.S. and Canada. With 56 consignments averaging $15,541, it continues to be the premier team roping horse sale of the Team Roping Capital of the World.

As renowned auctioneer Steve Friskup, Muleshoe, Texas, dropped the gavel on Lot #27 the AQHA bay gelding registered, Im Brad To The Bone, became the single highest-selling rope horse of his longtime career. The 2013 model sired by Roo Star out of Probably Not Ashiner was purchased by Dale Little Soldier of Mandan, N.D., for $79,000. A finished head horse, he was consigned to the sale by Melissa Miller, Belton, Texas, and ridden by La Cygne, Kan., horseman Brad Lund.

Lot #8, Lil Smart Cowboy, was the second-highest seller at $32,000. Consigned by Jeff, Kristie and Jace Thorstenson, Surprise, Ariz., the 2006 Palomino gelding was purchased by Shane Johnson, New Town, N.D. Hauled in the heading and started on the heel side he is by Cowboy Smart by the NRCHA Million Dollar Sire Smart Chic Olena and out of Lil Chex Tucker. Johnson also purchased Lot #47, Starlights Greatest for $31,000, to round out the top three high selling horses. A 2008 Palomino gelding "Mickey" was shown as a reiner his 4-year-old year and was consigned to the sale by J Arrow Livestock, Jerry and Megan Cobb, Weiser, Idaho. 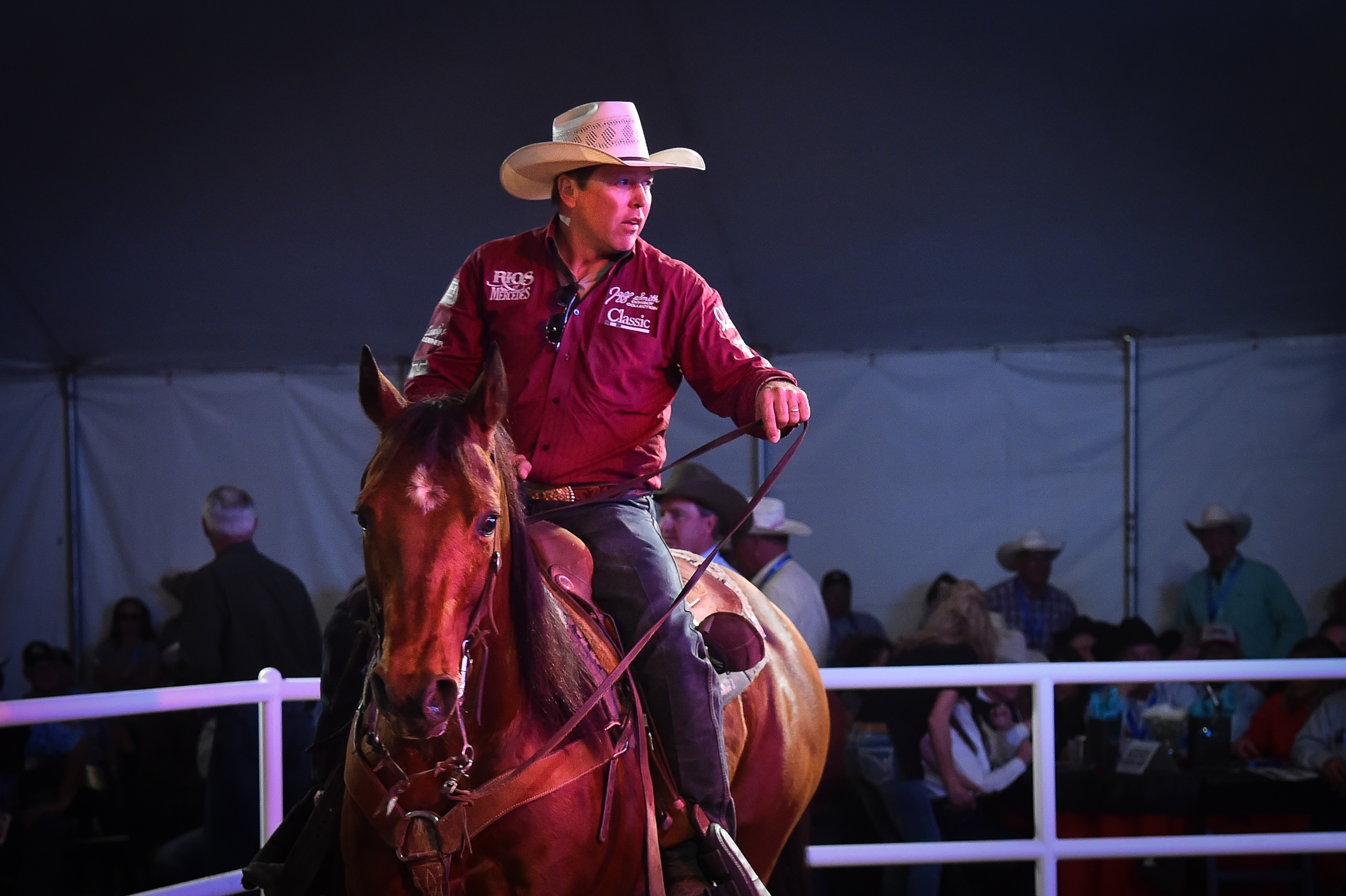