The Horse Sale at Rancho Rio took place on March 8, in Wickenburg, Ariz., in conjunction with the National Team Roping (NTR) National Finals V. The fifth annual sale drew spectators and buyers from all over the U.S. and Canada and saw record sales of more than $1.1 million. With 60 consignments averaging $26,477, it continues to be the premier rope horse sale of the Team Roping Capital of the World.

Lot #20, Lets Roo It, was the top seller at $85,000. A full-brother to the 2018 high-seller, Im Brad To The Bone, the sorrel AQHA gelding "Tank" is a 2013 model sired by Roo Star out of Probably Not A Shiner. A finished head horse, he was consigned to the sale by Melissa Miller, Belton, Texas, ridden by La Cygne, Kan., horseman Brad Lund and purchased by Laurie Mills, Mills Livestock Company, out of Casper, Wyoming.

Lot #12, Chex Out My Smokngun, was the second-highest seller at $60,000. Consigned by Mozaun McKibben, Whitesboro, Texas, the 2011 buckskin gelding was also purchased by Mills. In 2017 "Catfish" was top ten in the world for High Point Open Ranch Riding and Performance Geldings. He is sired by Helluva Chex out of CR Guns Fancy.

Repeat buyer, Dale Little Soldier, Mandan, North Dakota, purchased Lot #56, Ida Little Ichi, consigned by Alan Chappell, Collinsville, Texas, for $50,000 to round out the top three high-sellers. A 2013 model “Ottis” is by Cat Ichi by High Brow Cat out of Chicks Little Dulces. Chappell won $20,000 on the sorrel gelding in the past year alone. 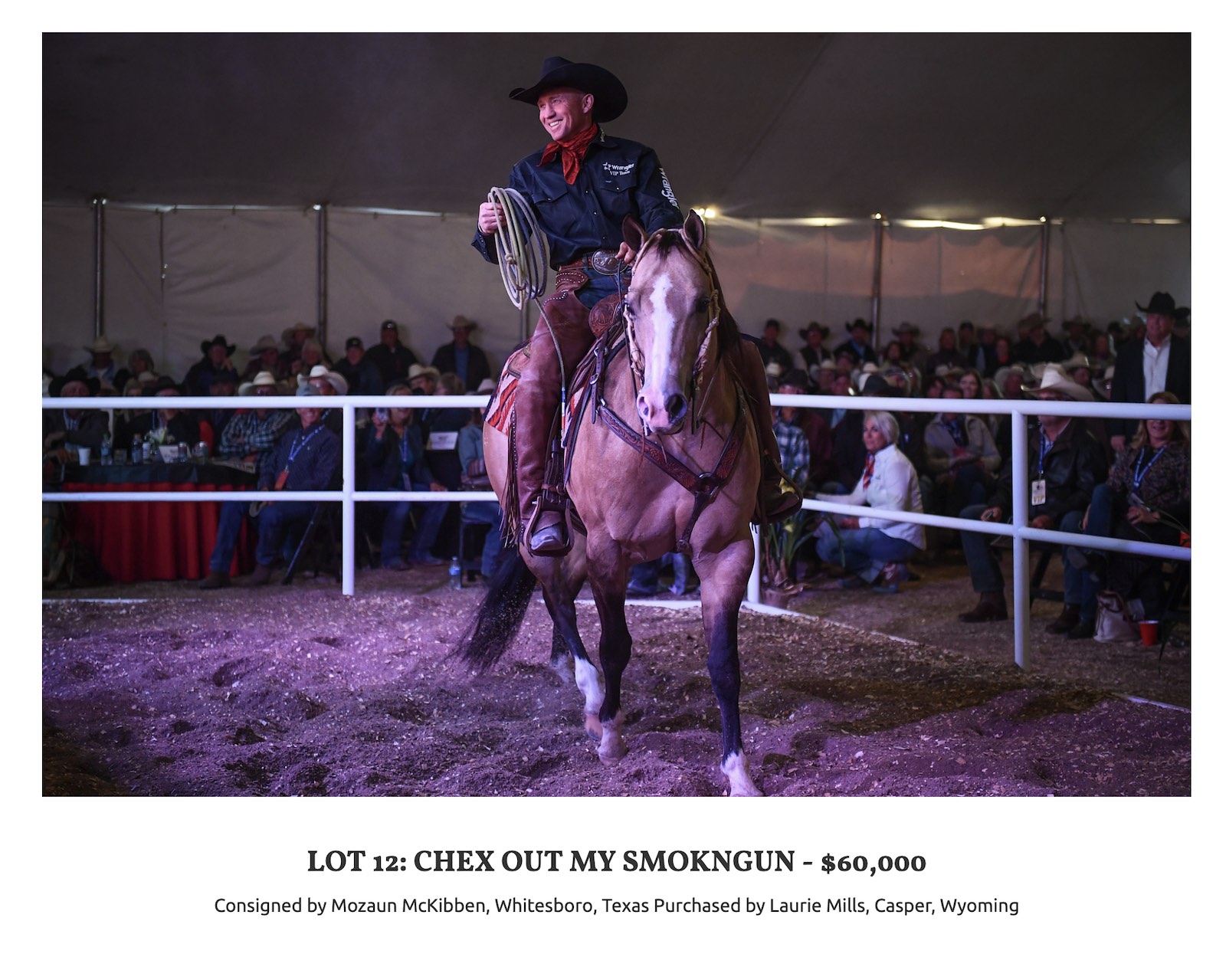